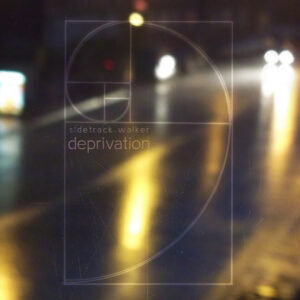 This single marks a departure from the natural-sounding approach of previous releases, foreshadowing a dirtier, sampling-heavy aesthetic. Lyrically, it deals with the sensory and social overloads experienced by people with autism. Bandcamp buyers receive an exclusive bonus track. 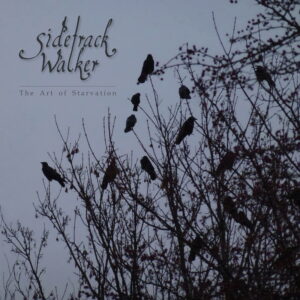 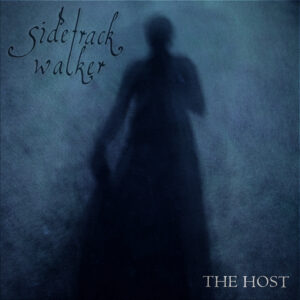 Apart from a full version and a radio edit of the title track, this haunting new single also contains a remix by Strukt, an electronic project by none other than Andre Jonas. It is a sign of things to come for 2020: the song will re-appear on the upcoming full-length later this year with a slightly updated mix. 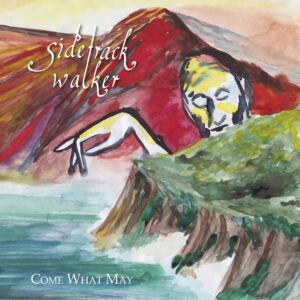 The most diverse Sidetrack Walker record to date, conveying a broad palette of emotions and featuring a far richer instrumentation than its predecessors. Mastered by Prog legend Jacob Holm-Lupo. Order your CD (limited to 500 copies) from Bandcamp. 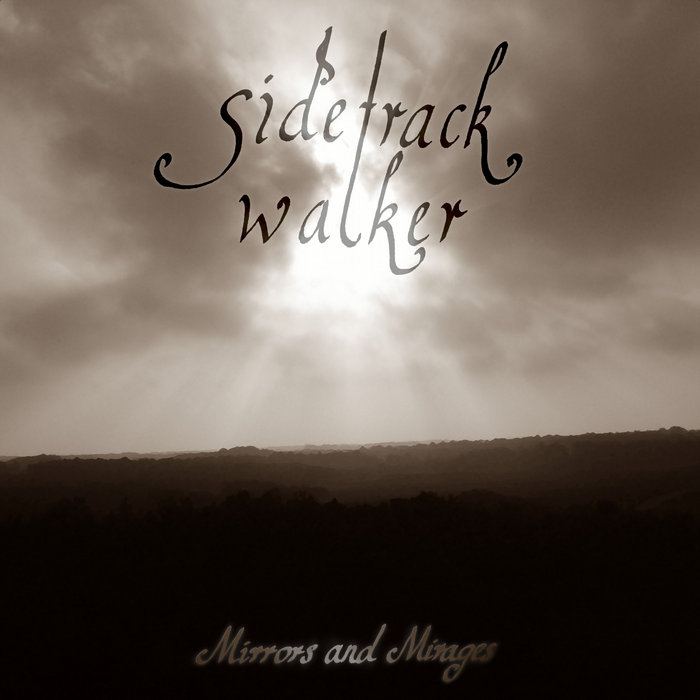 This early album offers a melancholic blend of singer-songwriter and chamber music. The material dates back to 2004–2006 originally, laying the foundation for much of my later musical direction. Order your CD (limited to 300 copies) from Bandcamp. 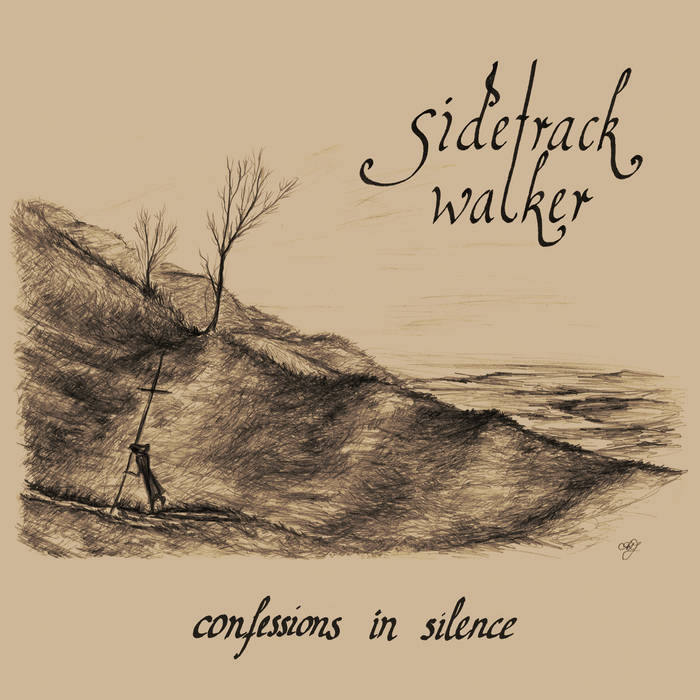 A collection of 100% improvised, mostly minimalist piano instrumentals drawing on influenes from classical music and Jazz, and permeated by a melancholic atmosphere. 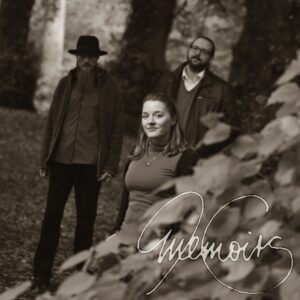 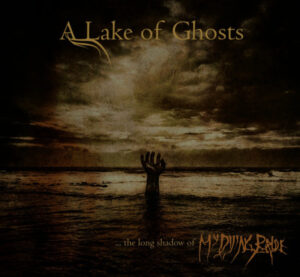 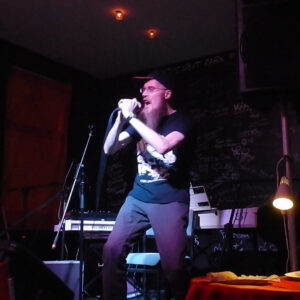 Bonus track:
This is the first sketch of “The Host”, recorded on my phone in June 2018 when I came up with the basic idea for the song. The recording was never meant to be released. Rather, it was intended as a rough-and-ready memory aid so the ideas wouldn’t slip away. The lyrics, too, are an early version that differs from the final one in several places.
All this notwithstanding, I found myself returning to this recording again and again for its raw authenticity. Led only by acoustic guitar and vocals with all of the fancy arrangement details still to be developed, its naked, spontaneous character brings out an entirely different side of the song. At the same time, it offers unique insights into my workflow, drawing back the curtain of my often obsessive perfectionism to reveal the bare-bones inspiration that starts off most of my pieces. I de-noised the recording and gave it a mild mastering treatment, but left its imperfections untouched. Enjoy!

Special thanks to Andre and Tilla.
Thank you for buying this single and supporting my art. Your appreciation means the world to me.

The Art of Starvation

Thank you:
Tilla (words simply can’t express what your unwavering love and support mean to me); Andre for technical support; Vivien for letting me sample and abuse her voice; A.D.; Bertrand and Valérie; former members of the live line-up; friends and family, most notably Benjamin, Autumn, Mia, J.S., Marcel, Fleah and Mike for their support, valued feedback and general awesomeness; all the journalists that have supported Sidetrack Walker.

This is for the faithless, nameless and faint of heart.

Dominik and The Undead raise a toast to:
Andre Jonas for technical support and mastering, @RuheSelbst for letting me use her magnificent artwork, J.S., Autumn Ni Dubhghaill, Sunny Schramm and the Sidetrack Walker live gang for valued feedback and general awesomeness. This is for the faithless, nameless, and faint of heart.

All music and lyrics written, arranged, performed and produced by Dominik Sonders except:
Bass guitars on 1, 4 and 9 performed by Ben Beck.
Guitar solo on 6 written, performed and recorded by J.S. Dach.

This is not actually a new album: in fact, it dates back to the period 2004–2006, laying the foundation for much of my later songwriting and musical direction. Back then, these songs naturally evolved into some sort of loose concept album. The result was my first full-length, piano-based album project which I originally planned to release under the old moniker Unmasqueraded.
However, it wasn’t until 2015 that I finally had the chance to record the songs properly. While I felt that they needed some strings to properly unlock their potential, my search for suitable session musicians was long and fruitless. Eventually two violinists did agree to contribute some parts, but then disappeared without a word. When I got my hands on a high-quality string library after another two years, I decided to create the strings myself with midi sequencing, which may not be quite as cool as having ‘real’ strings, but saved the project from oblivion and gave me total freedom over the arrangements.
It may sometimes be true that good things come to those who wait, but in my experience you’ll often have to help them along somewhat. Finally, after all these years, I can present this old material to you. In hindsight, this is where my current style started to form, and while I can’t quite identify with the lyrics anymore, I still think these songs have a lot of musical merit.

Thanks to Andre Jonas, Marcel Gülzow, Mike Liassides, A.D. Jansen, Mia Muukkonen, Jürgen Baur, Benjamin Heidtmann and Joël at Lion’s Heart Productions, who, each in their own way, helped bring this album to fruition and offered valuable advice and feedback. Cheers to friends and family.

This album is a collection of entirely improvised tracks recorded on my then-new digital piano in 2014/2015. No MIDI editing or any other type of tampering with the original recordings has been used, apart from a mild final mastering: all the pieces are 100% authentic, complete with mistakes and structural inconsistencies, and employing whatever sound settings I had active on my instrument at the time. They are, therefore, very immediate emotional snapshots, unspoiled by the filters of conscious, purposeful musical arrangement. While Confessions in Silence may not be an essential, ‘core’ release for Sidetrack Walker, it is nevertheless relevant, documenting a time of musical and personal development. In a way, improvisations like these are, in fact, the closest I’ll ever get to my artistic ideal of absolute authenticity.

All tracks improvised and recorded by Dominik Sonders, 2014/2015. Mastered by Andre Jonas (andrejonasmusic.com), 2017. Artwork and handwriting by A.D. Jansen (endira-art.deviantart.com), visual editing and layout by Andre Jonas and Dominik Sonders. Thanks to Andre and A.D. for the invaluable help, and to Kris Clayton for the technical advice!

Between 2014 and 2017, I was a musician, singer and co-songwriter for Memoirs (Atmospheric Chamber Pop). The Band has since gone into an indefinite hiatus. Alongside a number of new tracks, the material of our demo Unwritten Chapter will be re-mixed and released as a proper album at some point.

For Vita Dolorosa, a new Extreme Doom outlet, I am currently preparing a first full-length. This project debuted with a contribution to the 2 CD My Dying Bride tribute album A Lake Of Ghosts: The Long Shadow Of My Dying Bride (2017), which also features a track performed by Memoirs.

As The Real Redeemer, a project still in an embryonic state, I am planning to dive deeper into electronic music in due course. To this end, I would like to collaborate with creative, like-minded people who should ideally have some more experience with electronic music than myself. If you’re interested, please get in touch via the contact form!

Finally, in late 2014, I assumed the alias MC D. for my first and, as of now, only performance as a rapper. Albeit more of an ironic side project, this is something I would like to pick up again at some point.