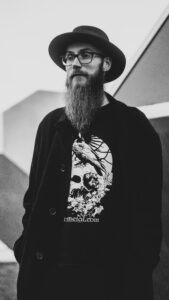 The head behind Sidetrack Walker

Dominik Sonders: a composer, vocalist, musician and writer with a penchant for minimalism and melancholy.

I’m trying to erase the wasteland
between you and me from the map
I’m scanning for the proper channels
for a signal that bridges the gap
– Memoirs: Ask Me Again

Dominik started Sidetrack Walker as both a continuation of his former project Unmasqueraded, and an offshoot of his band Memoirs. Soon, he made it his top priority. The first release was a collection of piano improvisations, ‘Confessions in Silence’, released in 2017.

‘Mirrors and Mirages’ followed in 2018, a melancholic blend of singer-songwriter and classical chamber music. The material for this album dates back to 2004–2006, laying the foundation for much of his later work.

2019 saw the release of the long-awaited album ‘Come What May’, mastered by Prog legend Jacob Holm-Lupo of White Willow fame. It is the most diverse Sidetrack Walker record to date, conveying a broad palette of emotions with far richer instrumentation than its predecessors.

After the haunting preview single ‘The Host’, the new album ‘The Art of Starvation’ is set for a spring 2020 release. Prepare for Sidetrack Walker’s darkest material to date, featuring a stronger focus on fragile Modern Classical arrangements and unexpected electronic twists. 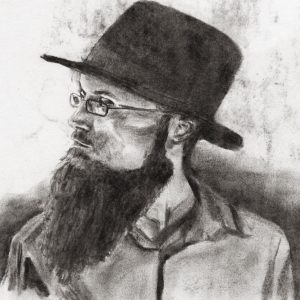 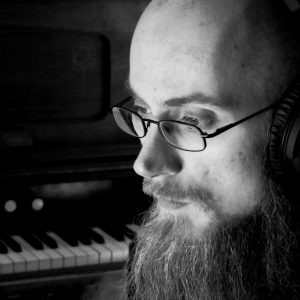 As sentient, social beings, all of us require exchange as well as inspiration. To achieve this, we each have our own preferences corresponding to our personalities. My first choices are music and writing. In pursuing various projects, I employ these means to both express what matters to me, and satisfy my need for creativity. With my work, I hope to reach out to people in much the same way that the works of artists from any field have made an impression on me, be it in terms of emotional kinship or creative inspiration.